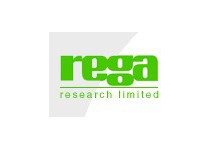 British brand Rega is renowned internationally for the simplicity of its products that guarantee great musical quality. The brand's leitmotiv is actually a famous saying in the UK: 'Less is more', which perfectly mirrors the manufacturer's flagship turntable: the REGA RP1.

Besides the wide selection of turntables: the Rega RP1, the Rega RP3, then the Rega RP6, and even the famous anniversary turntable the Rega RP40, the manufacturer was also able to stand out with flagship cartridges such as the Rega Bias, the Rega Elys and the Rega Apheta.

In 1973, Roy GANDY, engineer for Ford and a guitarist in his spare time, created the first turntable, the famous Rega PLANET. He founded REGA jointly with Tony RELPH. This minimalist turntable disrupted all the design principles of competitor brands. In 1975, Tony left the company and Roy launched the REGA PLANAR 2 that became a success, overshadowing many other brands, even some that have been around for a hundred years. He pushed things further and, in 1977, continued with the Rega PLANAR 3 turntable, a top-selling product that is still on the market! For a decade REGA did not manufacture its own tonearms and used an 'S' shaped tonearm from Japanese brand Acos-Lustre (GST1) that was converted into the RB200.

But in 1983, with a view to gaining complete control over the technical and sonic aspect of his turntable, Roy marketed the Rega RB250 and RB300 tonearms that were benchmarks for twenty years, to the point that many prestigious manufacturers adopted (and still do) it (over 400,000 units of the RB300 and by-products were marketed!).

In 2011, REGA had a workforce of over 60 employees and exported to 45 countries, retaining the original corporate values. The turntables are designed on sound and verifiable foundations (nothing is left to chance here) but without any preconceptions, no obligation to follow a trend and without any compromise. The objective is to solely and simply provide music lovers with devices whose musical performances prevail, even if this path sometimes takes us off the beaten tracks. REGA turntables like the RP1 are unique and unrivalled to date...

In 2015, REGA's standards were more famous than ever as the British brand won the best British manufacturer award and the prestigious Queen's Award that year. These are well-deserved awards.