Home . Shopping Guides.Building your Hi-Fi system. How do you choose the amplifier?

How do you choose the amplifier? 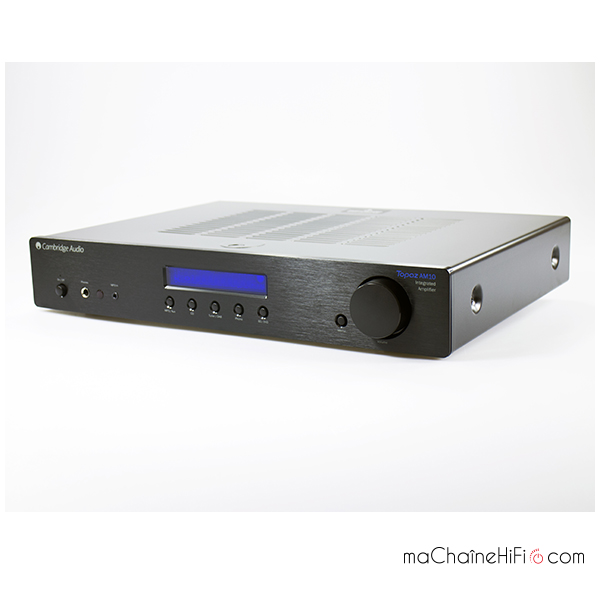 For example, the Cambridge Audio Topaz AM10 built-in amplifier the entry level product of the British manufacturer. Its design and musicality is worth more than its very attractive price would have you believe. It can be used in conjunction with many high quality 2- or 3-way speakers Its many connectors make this AM10 a very comprehensive amp. Its internal phono stage means you can connect it to a turntable without having to add an extra stage! Its remarkable musicality and ease of use make this Cambridge Audio Topaz AM10 amplifier the best alternative to entry level amplifiers!

There is also a more high end version of the Topaz AM10 amp, the Cambridge Audio Topaz SR10 V2 built-in amplifier. It has a higher power than AM10, and also doubles as a radio tuner. If you want to remain with Cambridge Audio in line with the AM10, consider the SR 10 built-in amp!

Micromega, specialist French brand manufacturing Hi-Fi Equipment in the digital music world, has also brought out its own built-in amp, the Micromega MyAmp built-in amplifier. It is also very comprehensive, and has many inputs (RCA stereo analogue, coaxial and optical, USB and Bluetooth), that enable it to connect CD player, television screen or even web radio. The technology gathered in this Micromega MyAmp amp is such that it allows the Bluetooth input to provide a sound quality close to that of CDs! Combined with a pair of library speakers such as the Micromega MySpeaker library speakers, the MyAmp amp will produce a very specific sound! This built-in amplifier has also received 4 awards: Choc de Classica, Diapason d’or, Meilleur achat Haute Fidélité and Hi-Fi Choice. This proves the quality of this Hi-Fi amplifier yet again!

If you are looking more to the mid-range, the Atoll IN200 SE built-in amplifier is perfect for you! This is the high end of the IN SE series from Atoll. In addition to the 4 analogue inputs, the Tape input/output and the By-pass input, it has a double pair of preamplified outputs that can connect one or two power amplifiers together. This Atoll built-in amplifier, combined with the CD200 SE-2 CD player from the same brand, works wonders and the coherence of all the equipment will satisfy the most demanding among you! Moreover, this is what the Haute Fidélité magazine thought by giving it the Best Purchase award! 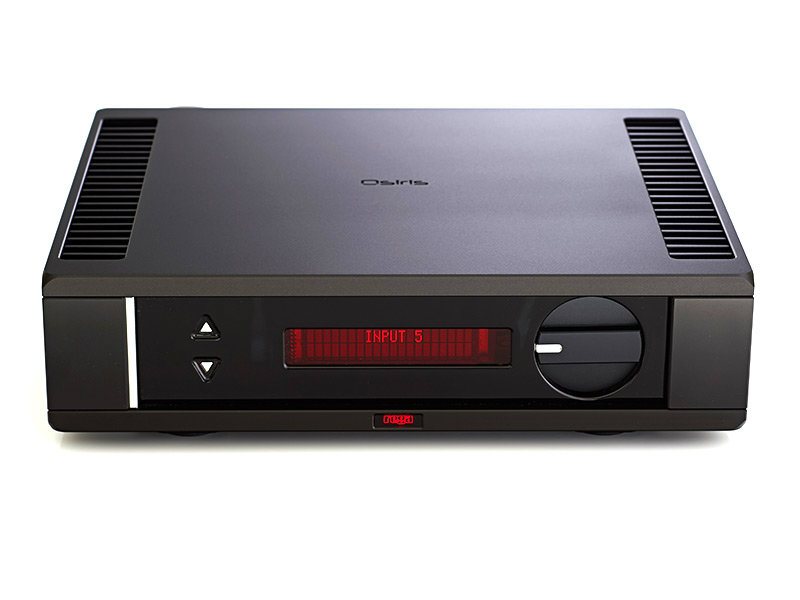 Finally, if your Hi-Fi system needs a really demanding product, we recommend you add a Rega Osiris R built-in amplifier to it. With this amp, Rega decided to compete the major American and Japanese brands, and has succeeded! This large unit is made from a single piece of aluminium - but always refined, in line with the British brand's philosophy - has many connectors (5 inputs, XLR and RCA; an input/output for monitoring; a preamp output; a direct input) and comes with a remote control. Combined with the Rega ISIS CD player, this amplifier can only surprise you! Its nuanced playback can also be dynamic and physical when the message requires this. Even after several hours of listening, you feel no auditory fatigue: the ISIS/OSIRIS pair is remarkable! An absolute benchmark!

Power amplifiers supply the speakers with power for an even more powerful and transparent sound. Combined with a preamplifier, they make the dynamics more lively. Whether they use transistors, tubes or are hybrids, you can choose from among the best brands to obtain the highest audiophile quality!

The Atoll AM50 SE power amplifier has the same aluminium façade as all the products of the IN series from Atoll. It has several connectors that allow bi-amping and therefore a much larger sound stage, or enable a preamplifier to be connected. It is also possible to connect it to a built-in amplifier. When it is combined with an Atoll preamp, such as the Atoll PR100 preamp or the Atoll PR200 preamp, the resulting listening quality is more transparent and full of detail. 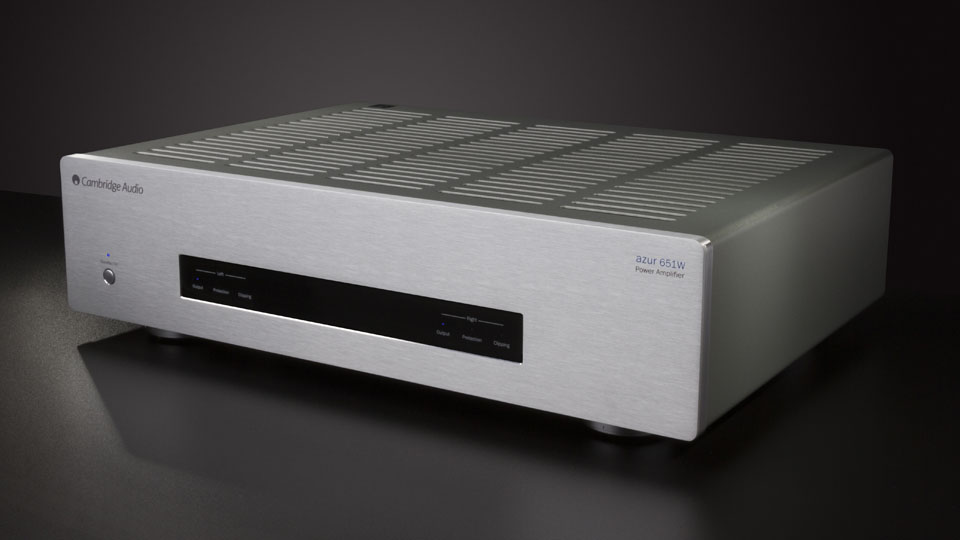 if you are looking for a high end amp, you can look toward the Cambridge Audio 651W power amplifier. This power amplifier can produce 100 W per channel and is specially designed to be used with a high quality preamp. The 651W amp from Cambridge concentrates most of its efforts on the amplification, through its excellent manufacturing quality. It can supply many speakers, even those reputed to be difficult! We highly recommended it!

Headphone amps allow you to enjoy all the musicality of your Hi-Fi headphone, with a very fine, detailed sound. Most of them also allow you to list to music from a Smartphone, tablet or computer always with high audio quality!

The ADL X1 headphone amplifier is a nomad headphone amplifier presented in beautiful aluminium casing with a choice of four colours: blue, black, silver or red! It can be connected to a headphone using the 3.5 mm Jack output, but also to an amplifier. It can be charged using the UCB port of a computer for an autonomy of 7 hours! This headphone amp developed by ADL, a subsidiary of the major Japanese group Furutech, renders a surprisingly precise sound with great timbre. The brand's expertise in the audio field is perfectly illustrated with the ADL X1!

The all-in-one amplifier contains several function in a single Hi-Fi device. Comprising a network player and an amplifier, you can connect to is a pair of speakers and a computer without needing to add other devices! Some even have a CD player, an FM tuner, and/or even a DAC! 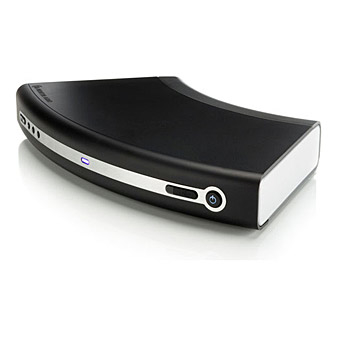 The Monitor Audio Airstream A100 all-in-one will delight you if you are looking for a complete amplifier with a particularly successful design at a more attractive price! It was the sensation at the CES of Las Vegas 2014, and even received the highly coveted Star of CES 2014! It can supply a great number of speakers and has an RCA analogue input, an optical digital input, an out/Sub pre-output and 4 terminals. Monitor Audio is a great specialist of audiophile speakers, and you feel this when listening with this superb Airstream A100. A must! 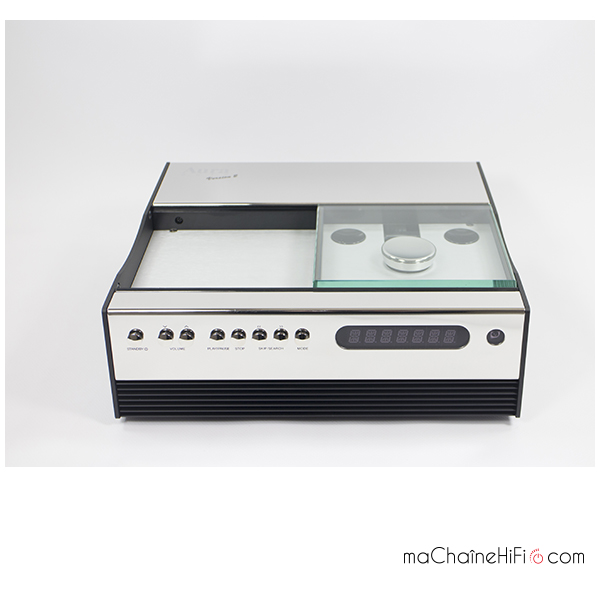 We hope that these few bits of advice will help you to choose the right amplifier for you. We remain at your disposal if you require further information on this subject, by message.