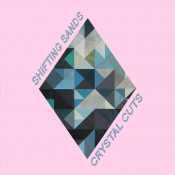 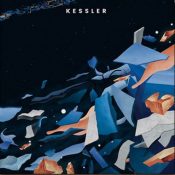 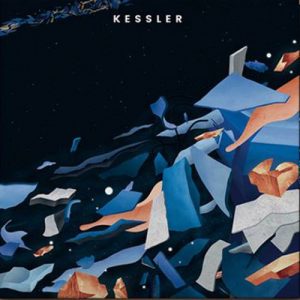 Kessler is a new and young band from Rennes, composed by a bassist (Alex) and a keyboarder (Maxime).
This eponymous album is the very first production of this duo.

The association of bass and synth remembers the 70’s band of progressive rock and electronic music that have marked this era. We also find an atmosphere close to the ones of the 20th Century S.F movies soundtracks.
And the “Kessler syndrome” is not completely foreign to these “spatial” and “cosmic” ambiances!

For my part, I find an elegant and subtle mix between Tangerine Dream and Mick Karn, the all topped with a touch a Tycho. Some synth and programming parts make me think about Martin Gore’s more contemporary solo productions.

The production is excellent and there is no criticism about the record press. This vinyl album (LP) is a true surprise and above all a scarcity into a hexagonal soundscape. My crush! 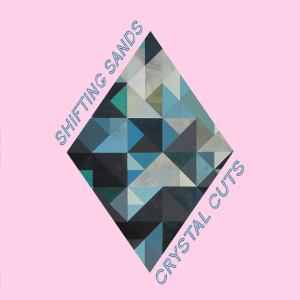 The Australian of Shifting Sands, accompanied by their charismatic and lead singer Geoff Corbett, are back with their second opus called “Crystal Cuts”. The excellent first album “Beach Coma”, released in 2015, is today out of stock and thus difficult to find. As you can see, our Australian friends take their time between 2 productions, but it is worth it! This album is a total success, both technically and artistically!

The album opens on the superb “Hibiscus”, marked by the contrast of the two voices, fundamentally opposed at the timbre level. My favorite track follows, one of the most Rock of the album, “Disaster Response”… And the incredible “Terror of Love”! In short… I could list all the tracks of this album.
They are all from a rare beauty, tinted of Pop, Folk and Rock music, a well-kept secret of the Australians!

An outstanding disc, a must-have! Note that the vinyl version for Europe has been entrusted (with pride) by the Breton label: Beast Records! Well-done guys!

For your information, Shifting Sands will play at Binic 2019 festival! 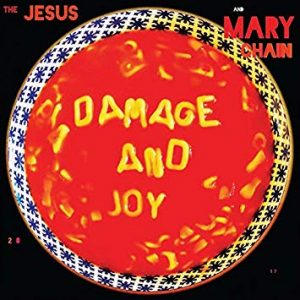 Those from my generation, who were cradled by Rock music during their adolescence, possessed the emblematic Psycho Candy. Released in 1985, this album by The Jesus & Mary Chain is today the legend of the Indie Rock!
Even if at this time, we used to call it “New Wave”! 😉

This band, which abuse of various illegal substances, is marred with several scandals and accused of many verbal and scenic abuses. Even if I think that the media has hugely exaggerated the facts. By the way, you could even hear their hit “Juste Like Money” in Sofia Coppola’s excellent movie “Lost in Translation”.

The “Damage & Joy” disc is the 7th and last album of the noisiest Scottish of the 80’s! So, 7 albums in 34 years, it is not very productive. But the lead members have attempted a solo career from 1999 to 2007… This explains that!

This last opus is, in my opinion, much more calm than what we are used to from the Jesus. The compositions are less “noisy” and “fuzzy”, and are more influenced by the BritPop. However, this record does not lack of temper and conserves all the DNA of the Mary Chain! And above all, to me, I note that at more than sixty years of age, we can make Rock “younger” than the young “Popeux” of the 21st century! Et above all, much more inspired and authentic! I love it! 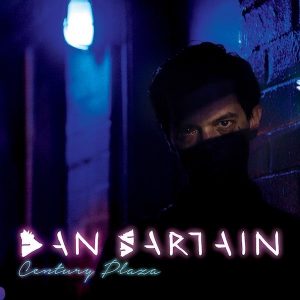 I discovered Daniel Fredrick Sartain few years ago, with his single including the beautiful cover of “Pass This On” by The Knife.

Century Plaza is the tenth and last known album of the artist from Alabama. His productions are completely heterogeneous. Each album offers a fundamentally different style, which could seem very disconcerting for a layperson.

Dan Sartain, all during his productions, navigates between Folk, Punk Rock and Electronic music… This “Century Plaza” is really turned to the Electronic music. But not the highly complex one of the last decades, rather a simple and minimalist music to accompany Dan’s voice!

This album seems to be a tribute to Suicide and its lead singer, Alan Vega. By the way, it takes up “Weapeout Beat” from its New Yorker mentor. We find the sequencer and analog box of the 80’s, with a voice inspired by productions from the 50’s.Dan Sartain may be guitarist, I have only heard one guitar on this album!
And to me, it does not disturb me. I red bad reviews about this album, that is maybe why I wanted to talk about it and defend this opus!

Personally, I love it, and my favorite track is “Sinking In The Shallow En”!

As I heard, Dan Sartain is now a hairdresser in Alabama… I checked and it seems to be the truth!