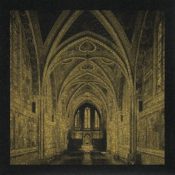 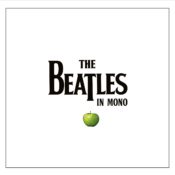 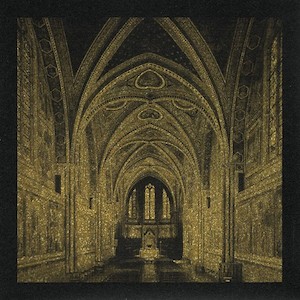 And what if Shoegaze’s successor came from France? When listening to this superb first album of The Dead Mantra, it is safe to bet that this will be the case. I literally stayed stuck by the power and control of this LP. Not to ruin anything, they released this album with a hallucinating video of the song “Mxeico” which is worth the detour. The album starts off with an opening which immediately puts us in the mood to then continues with flying colours and leaves us on our knees. In addition, the vinyl edition is limited to 200 copies and a silkscreen printing of the most beautiful effect. To urgently discover. 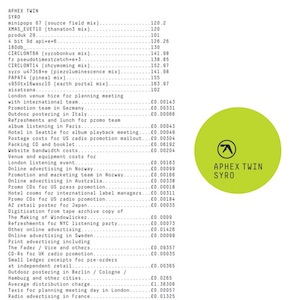 To say that I was impatiently waiting for Aphex Twin’s come back after 13 years of silence is far from describing the feeling I had in me when I found out that his new opus was coming! And well, when listening, the results met my expectations. Indeed, the songs are more accessible, but it does not sulk your pleasure when listening to them. Here, we are still face with demanding and very precise Electro but always with a lot of creativity. I let you listen to these 2 gems which are “180db_[130]” and “PAPAT4 [155] [Pineal Mix]” to give you an idea. And to finish the album, an absolute surprise of the upsetting “aisatsana [102]” which is radically different from the rest of the album: a simple piano line recorded among birds. Unstoppable. 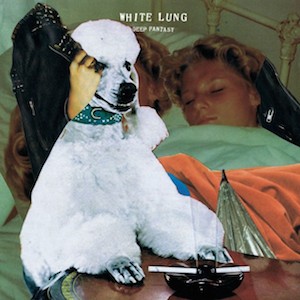 Another new slap with this cannonball type opus: 10 songs in which none last more than 2:50 minutes, and in total 22 minutes! In the end, we come out completely groggy by the energy that emerges from each song. White Lung’s singer is incredible and makes me think of Courtney Love during her best moments (in a distant pass it is true). Nothing new it is true, but well executed and with such energy that we take a great pleasure listening to it over and over again. To give you an idea, listen to the fabulous “Drown with The Monster” in priority. Play loud! 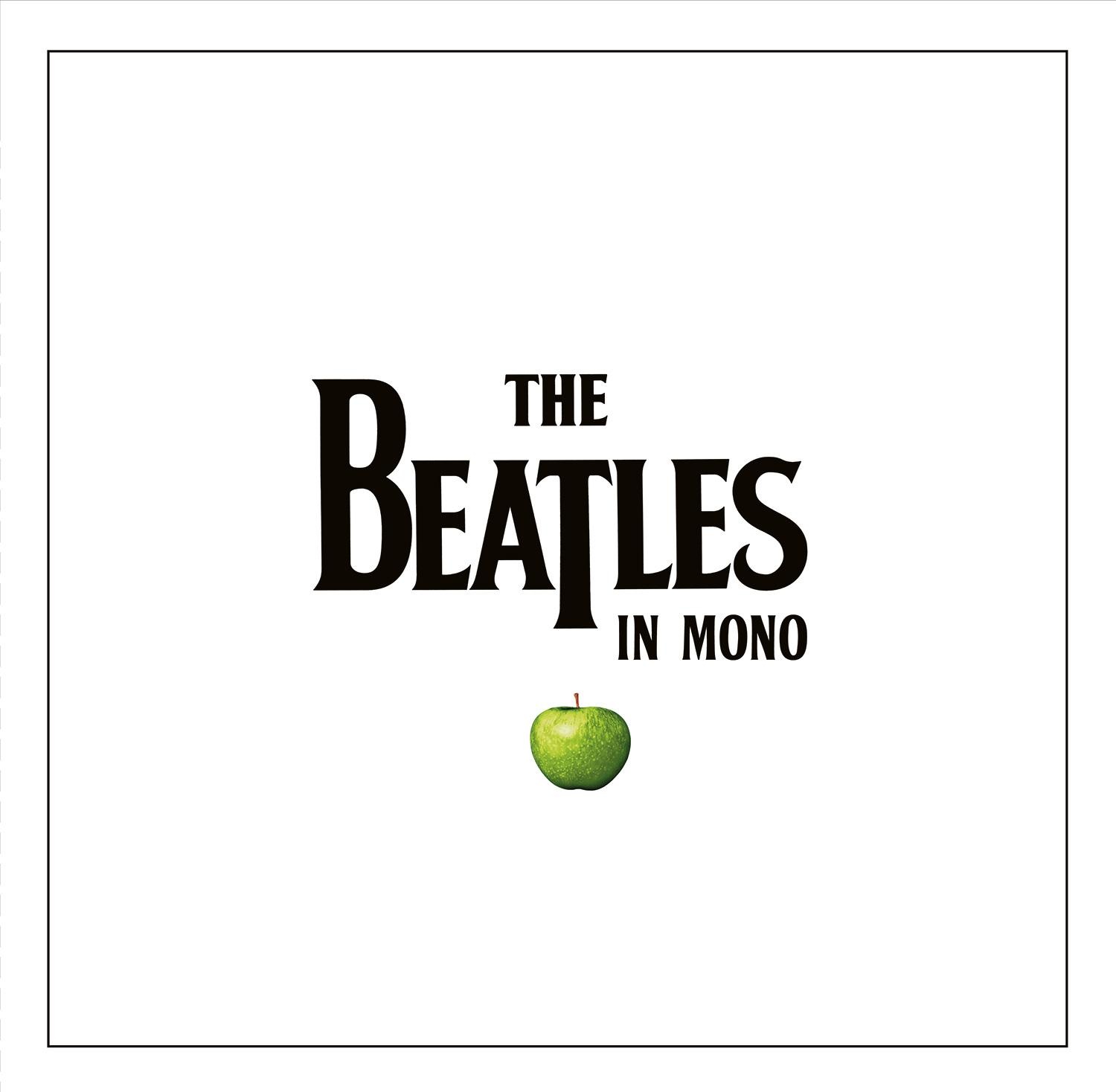 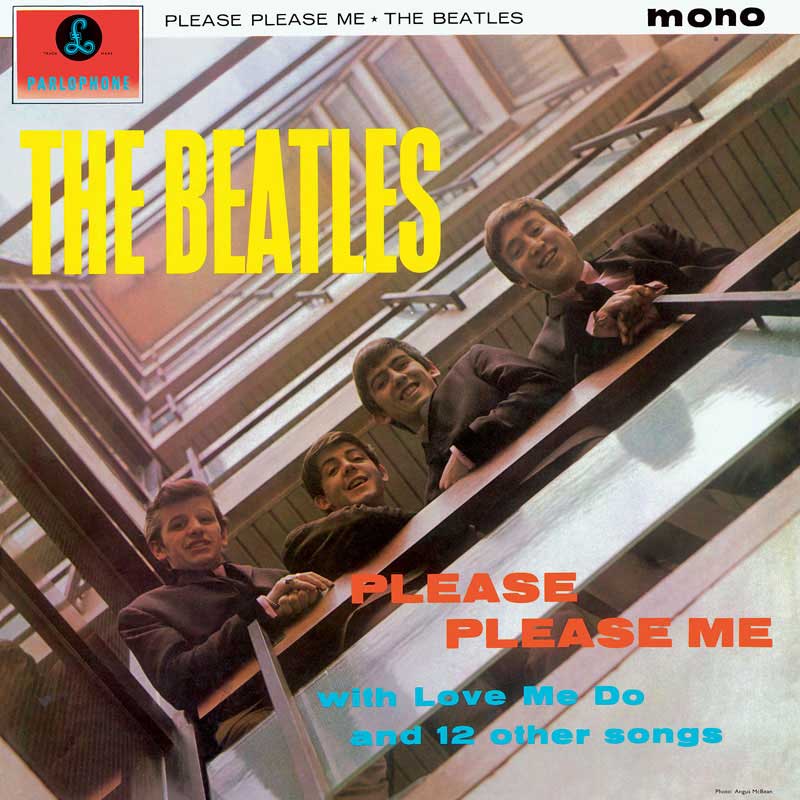 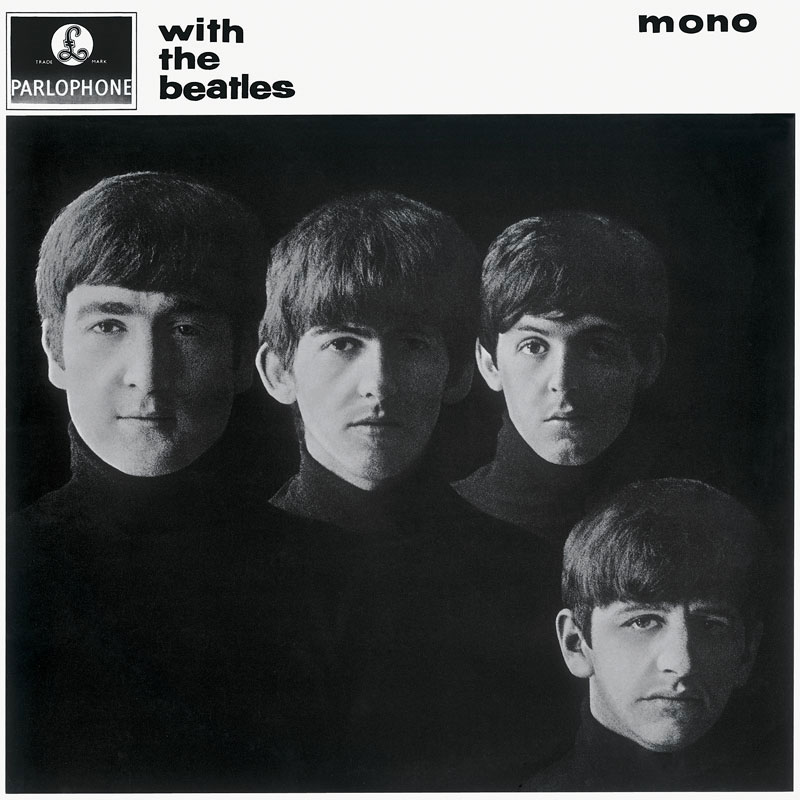 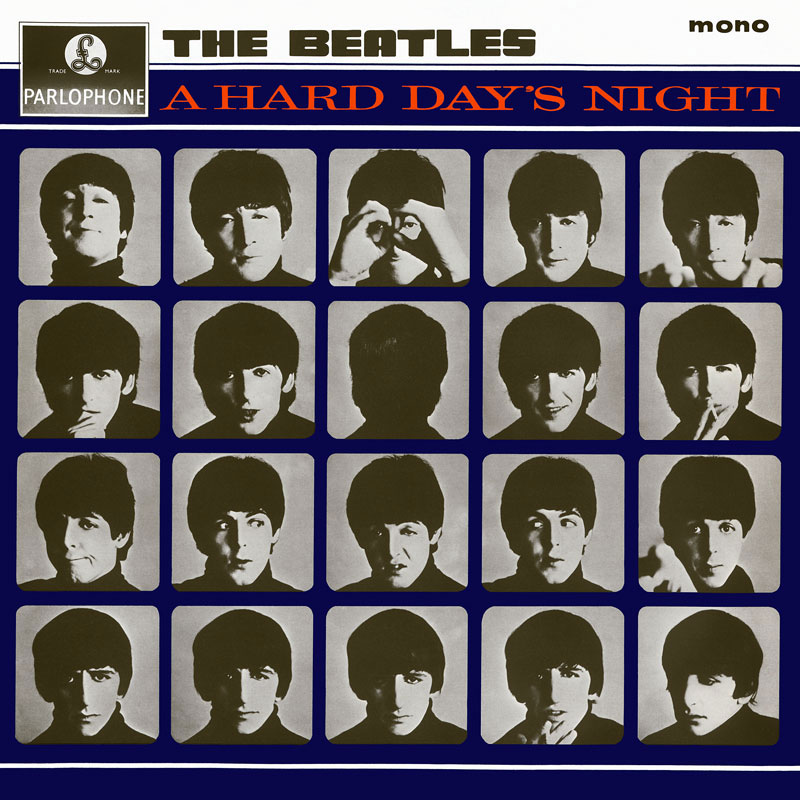 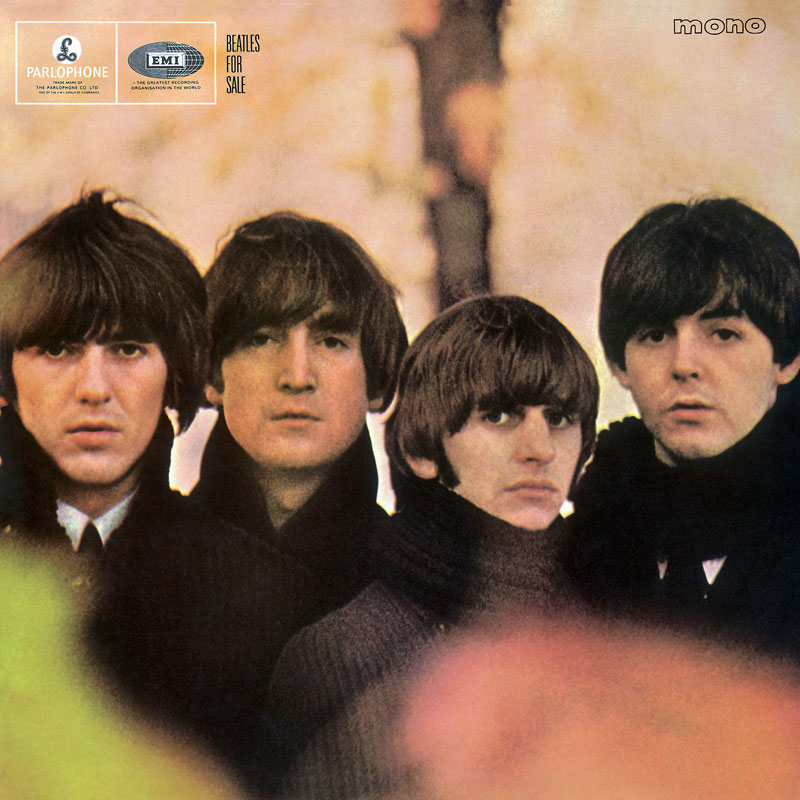 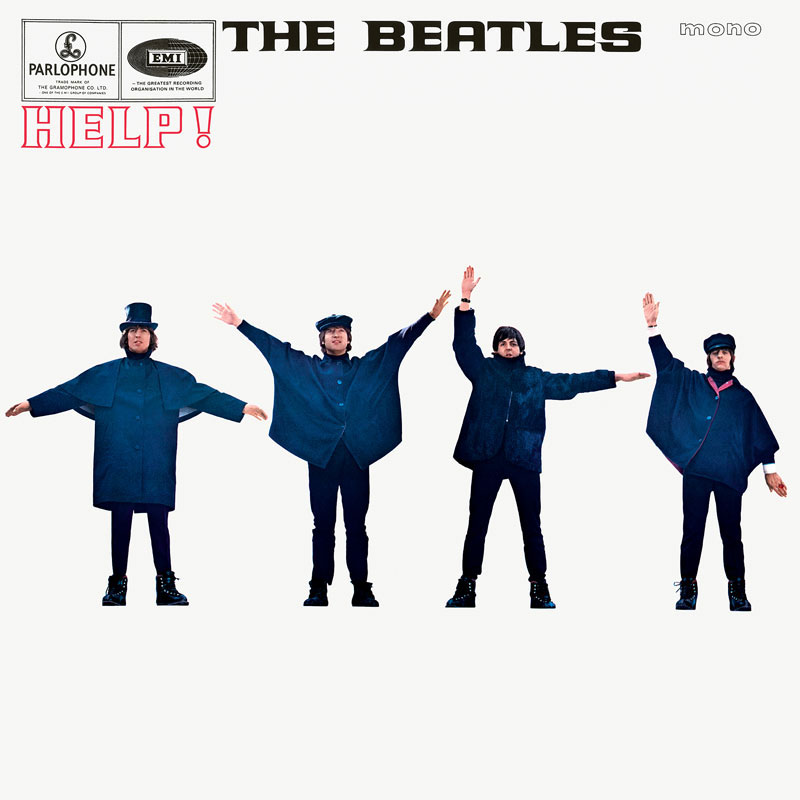 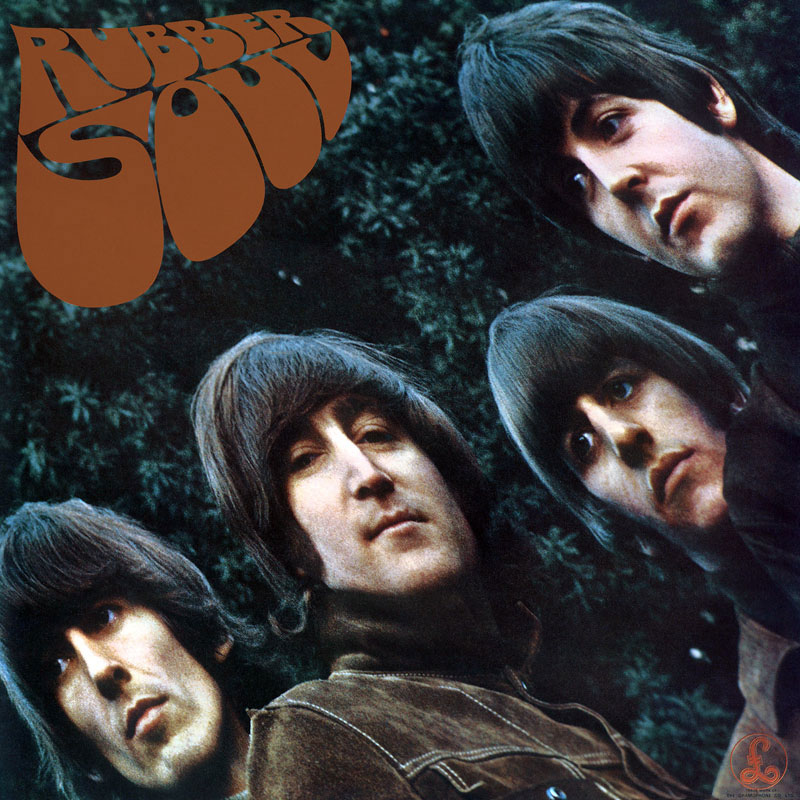 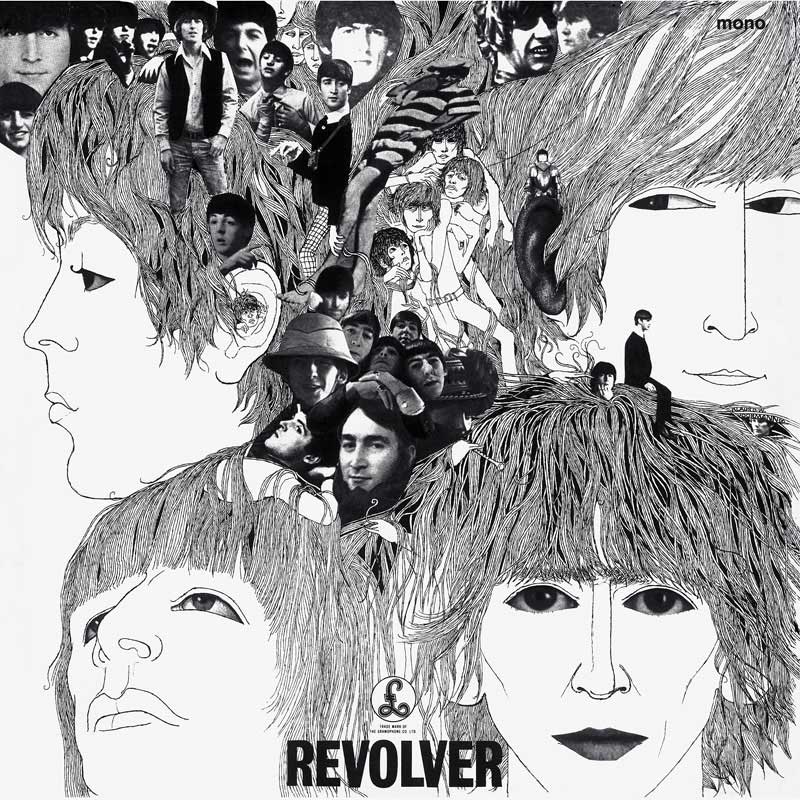 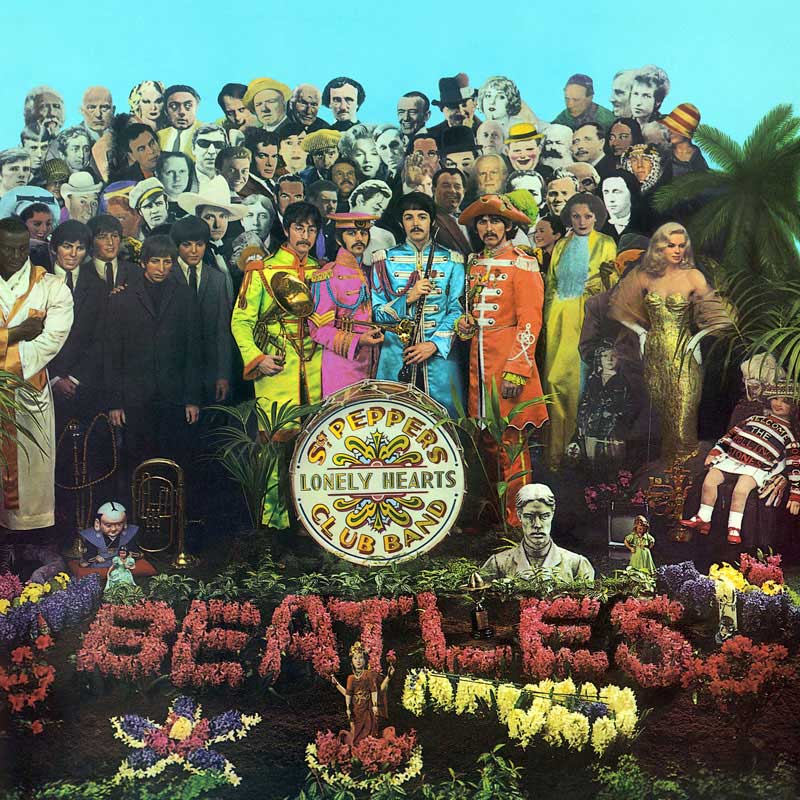 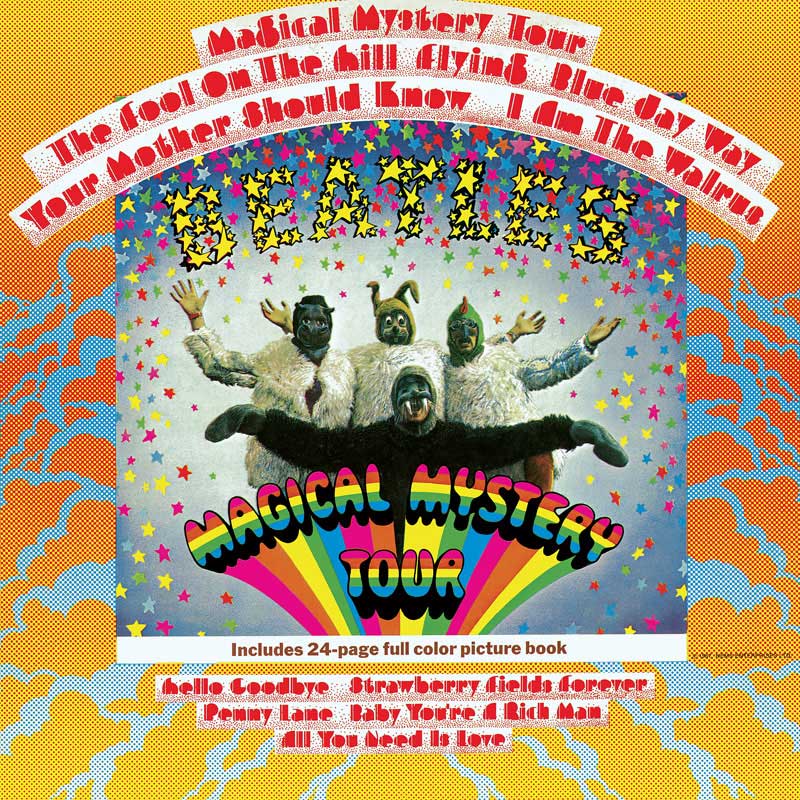 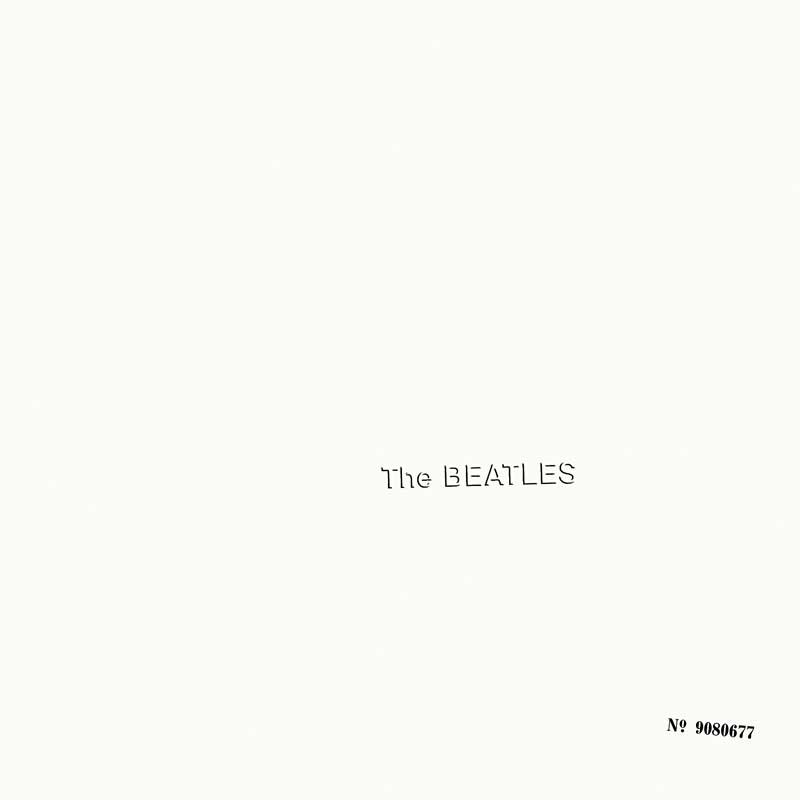 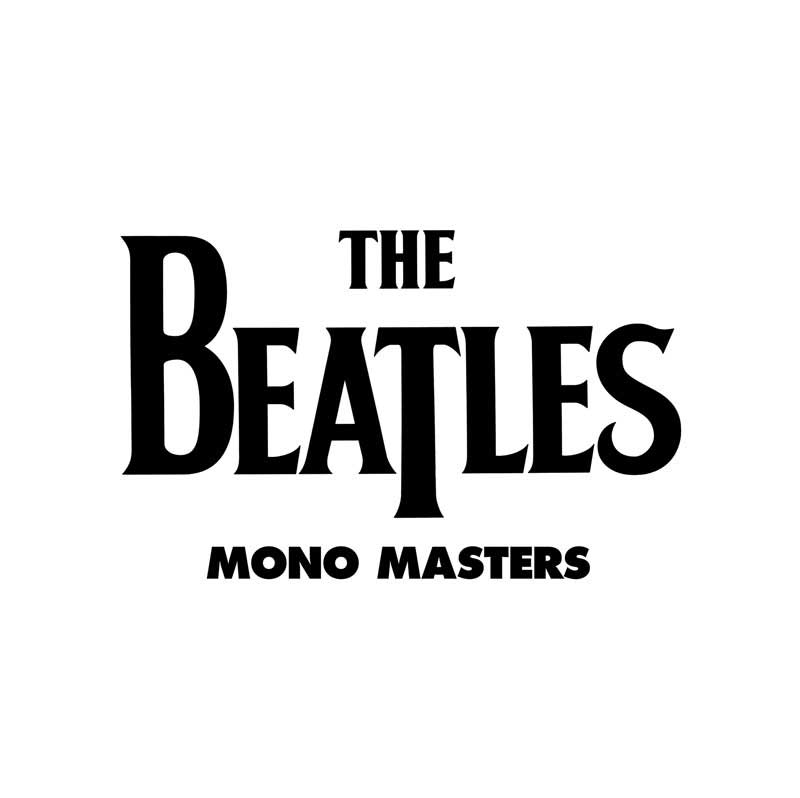 This month, only one chronicle for me! But those who interpret this as laziness are wrong! Not at all! Because I spent an entire weekend listening to this “record”… I should mention that it is actually a luxurious box set of 14 magnificent LPs and a catalog illustrating the history of these recordings that have influenced Rock and Pop forever!

The Beatles? In excess Mono?!!! What is the purpose you will tell me? If you are a hardcore fan and own all of the children from Liverpool productions in CD, vinyl, and in Original English pressing, this box set is clearly not made for you! It is in my opinion (no offense to some) made for Rock and Pop fans that do not own many things from The Beatles and that like me have never completely vibrated listening to these four boys in the wind on CD during a “Bourgeois-bohème” (designates an attempt to characterize a social group based on the values its members share) party! Take into account that in 2009 was released a CD Mono box set… which at the time seemed irrelevant for me (maybe be wrong?), and today even more!

Historically, McCartney and J. Lennon have never attended nor participated in a stereo mix of their albums. Even in 1967 for Sergent Peppers they only concentrated on the mono mix! After that, they left the studio and let Georges Martin do as he wished with the stereo mix. This one, therefore, is very different and often far from the original mono version imposed by The Beatles. More surprisingly, The Beatles found no interest in stereo, explaining that their audience was not equipped with stereo systems and that it completely distorted the sound and their work. By the way, until Yellow Submarine in 1969, all their albums were released on LPs in both formats. Only these ones, Let It Be and Abbey Road (awkwardly) were not mono pressings at the time… and are therefore absent from this box set.

This box set thus includes the 10 mono albums and a double LP which compiles all of the mono singles from 1962 to 1970, superb initiative! These singles have become rare and expensive especially in VG+ and Mint!!! There are therefore in total 14 180g virgin vinyl LPs.

The book that comes with these vinyl records is very interesting and magnificently made and illustrated. It is composed of several unpublished or rare photos, archival documents, press articles from the 60’s spread over 108 pages!!! The record covers are completely reproduced identically with the flaps, gatefold, laminating of the photo… Magnificent work! The mastering was made by Kevin Howlett at Abbey Road with the original master tapes on Studer A80…

On my side, I did not receive a box set and thus decided to go visit my friend Eric H by the sea side of Brittany who is luckier than me! 🙂 … Wanting to do things correctly, we replaced the Ortofon Cadenza Black by a Cadenza Mono cartridge and religiously sat down in front of the B&W 802 speakers (The ones that are said were used for the master)… We spent two days (and one night) enjoying without moderation these LPs like a Grand Cru Classé! Being more of a music lover myself than a oenologist, I immediately felt in my element… We of course could not resist making comparisons between Original stereo and mono pressings of these albums and singles of this holy time period!

In short! It is simply superb and amazing! And my opinion on The Beatles has changed… I will never listen to them in the same way again! The presence is incredible and the realism as well! Everything is there! Perfectly controlled between the speakers! The voice arrangements have never been so obvious and clear. The timbre is outstanding… the guitars are of an unusual precision. And especially the dynamics!!! Incredible! It feels like being in front of the stage! Ringo in person in live!…

In short! The magazine MOJO expresses itself on the subject… “Never The Beatles have “sounded” this great!!!” We confirm and approve! This box set is available in limited edition but it is still possible to get it in some record stores or on certain websites. All the albums are also available separately and individually.

A must must have! 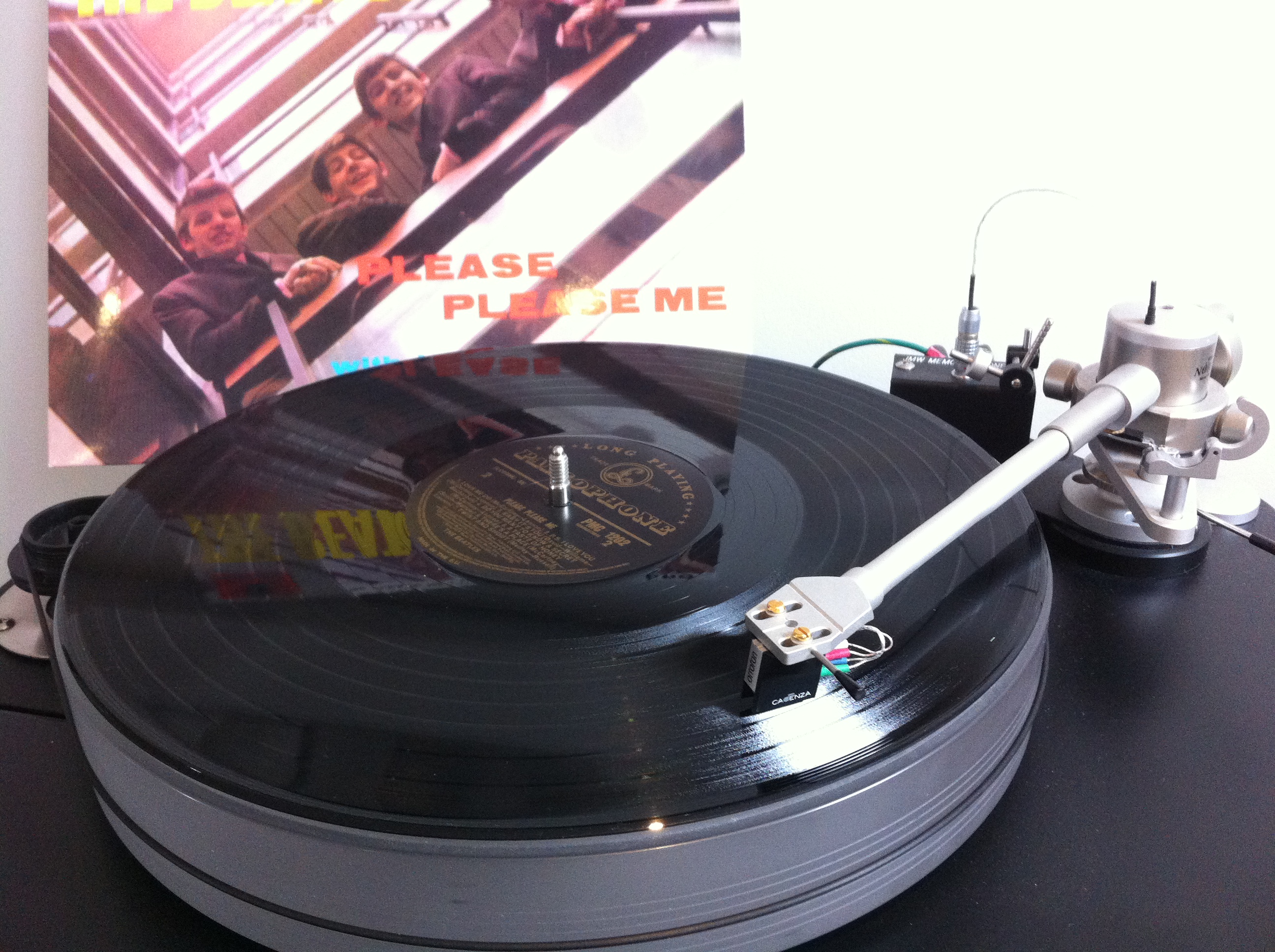 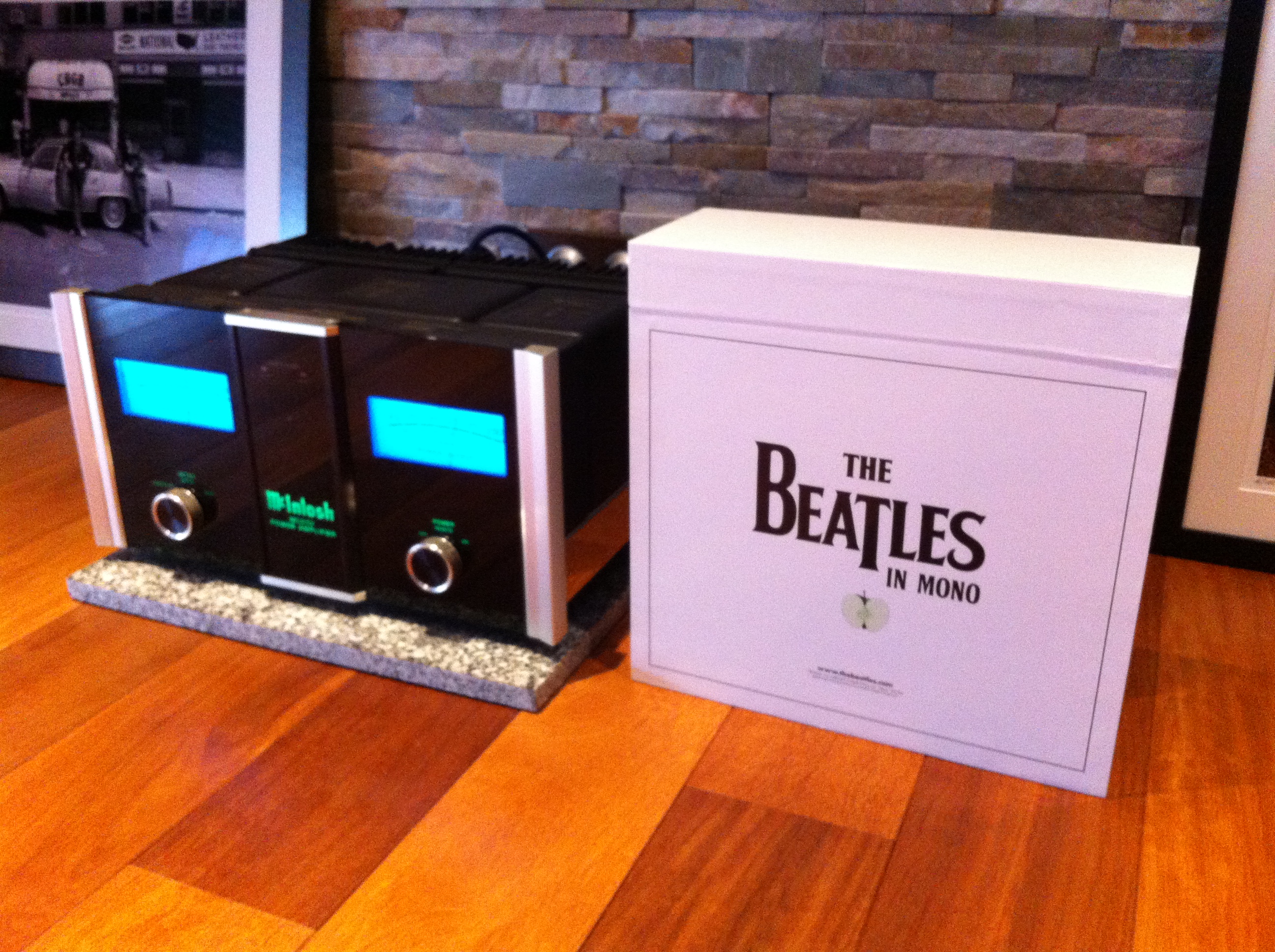 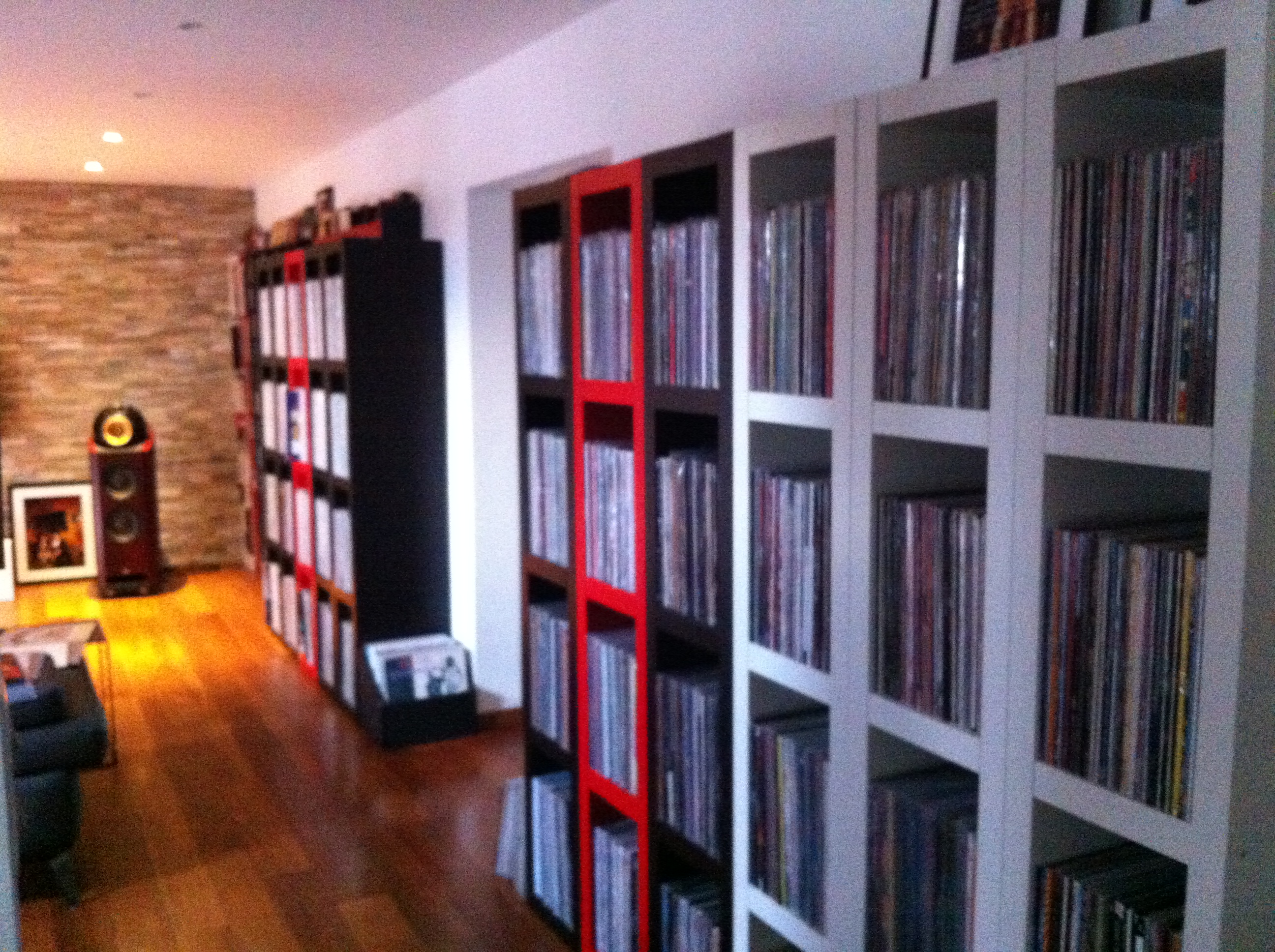