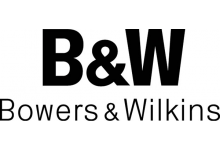 In the early 60’s, John Bowers assembled himself by hand his very first Hi-Fi speakers for Worthing’s local clients, in the back of an electronic shop created with his friend Roy Wilkins.

In 1966, John Bowers and his dear friend Peter Hayward founded a factory dedicated to acoustic. Then, John Bowers created B&W Electronics Ltd, thanks to an elderly woman’s bequest, called Miss Knight. She was so impressed by John Bowers’ expertise in classical music and so delighted by the speakers manufactured for her, that she bequeathed a sum of money to John, in order to let him develop his own business.

This same year saw the development of the very first Bowers & Wilkins speaker: the P1 model. The cabinet and the filter have been manufactured by Bowers & Wilkins, but the speakers were supplied by a subcontractor. The profits stem from the sells of this speaker allowed John Bowers to invest in modern calibration equipment. Later, in the early 70’s, B&W developed its speakers and the “Aramid Fifre” new membranes.

Bowers & Wilkins’ goal has always been dedicated to the creation of the best Hi-Fi speakers in a wide price range.

Currently, Bowers & Wilkins is one of the leading companies across the world on this market and sells speakers from few hundreds euros to tens of thousands euros. B&W is also present in several mastering and mixing studios.