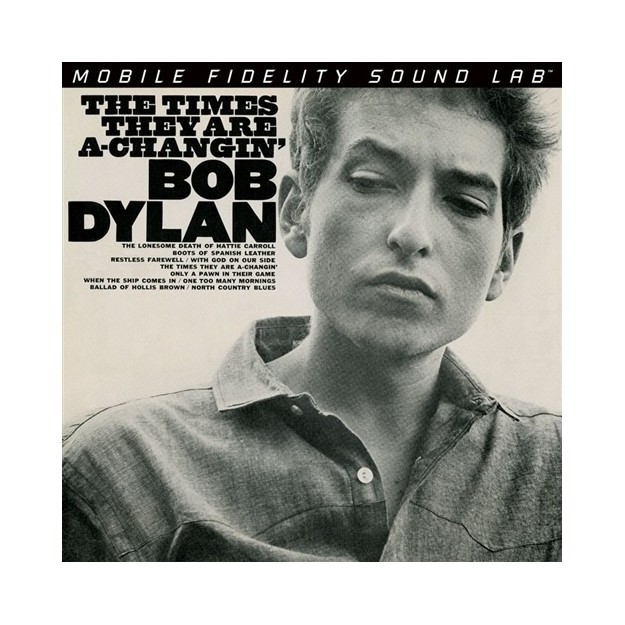 Third album of Bob Dylan released in 1964 and including the eponymous famous song « The Times They are A Changin’ ». This song was consecrated by Rolling Stone magazine as one of the 500 best songs of all time.

Tracklist :
1. The Times They Are A-Changin'
2. Ballad of Hollis Brown
3. With God on Our Side
4. One Too Many Mornings
5. North Country Blues
6. Only a Pawn in Their Game
7. Boots of Spanish Leather
8. When the Ship Comes In
9. The Lonesome Death of Hattie Carroll
10. Restless Farewe