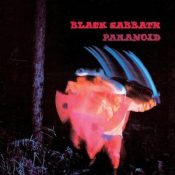 In this particular period that we are going through, I wanted to share with you two vinyl records that particularly struck me. 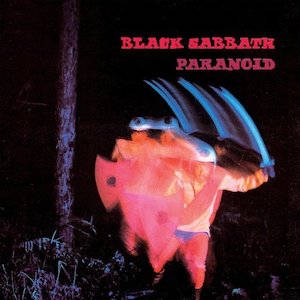 A great album for the Metal world, and even further! I also had the chance to see a concert with a classical orchestra playing some of the main rock songs. There was AC/DC, Led Zeppelin… and of course Black Sabbath! And, finally, the songs from this Black Sabbath album, Paranoid, were the ones that sounded the best, which demonstrates the quality of these. And by the way, my young children who accompanied me discovered this group thanks to that and now they are fans! Like what… Otherwise I would not go back on what has been said millions of times about the band, Ozzy or the different songs of this simply perfect album. A special mention for the very flying “Planet Caravan” far from what we think about with this group!

When I discovered this band Fuck Buttons, with the title that introduces the album “Sweet Love For Planet Earth”, I was literally amazed by what I was listening to. It’s very complicated to explain what their music is, which can be defined by experimental Electro that plays Drone and Noise, as well as Post Rock. A beautiful programme! But what is most surprising is the ability in the same song to go from a contemplative calm to a sudden rage that surges over us without warning. The resulting music is of great intensity, which is multiplied in live. Another track I suggest you listen to is “Bright Tomorrow”. Wonderful and unusual!