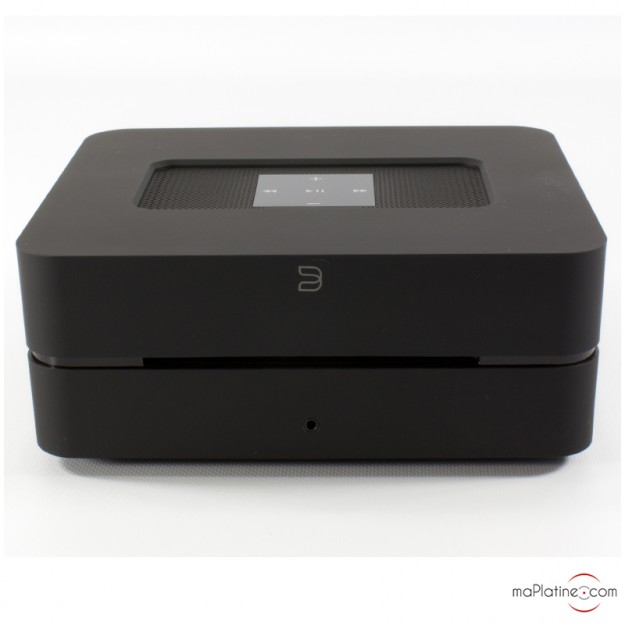 This Bluesound Vault 2i take most of the functions of the Bluesound Node 2i network player, with more ripping possibilities via its CD player on the 2 TB hard drive! Of course, all this while keeping the high definition FLAC format! But it is also possible to compress in MP3 or in both formats at the same time.

The two main improvements of the Vault 2i are the adding of the AirPlay 2 for an easy integration with Apple ecosystem and the possibility to connect the Vault 2i to Amazon’s “Alexa Voice” system.

We also notice that the Bleutooth aptX becomes in version 5.0 HD!

The Bluesound Vault 2i is compatible with compressed formats such as MP3 format and most of the available formats. However, Bluesound created it above all for music in High Definition studio-master.

Without use a computer, you have access to your music library. It also allows the access to your iTunes library and audio files downloaded and stored on your NAS USB. And with several Bluesound devices, you can share your music and stream with a studio quality in all the rooms of your home.

The Bluesound Vault 2i gives you an instant access to million of tracks. It is fully compatible with several services of HD online music such as TIDAL®, Spotify®, Rdio®, Qobuz and many others.

It is also compatible with platforms offering thousands of online radios.

You can control it via application for iOS, Android, Kindle Fire, and for Windows and MAC SOS X operating systems.

To have these results, the manufacturer equipped it with the well-known ARM Cortex-9 1 GHz multi-core processor. It takes place here in a 32 bit architecture oversampled 8 times and combined with an exclusive HybridDigital™ amplification and a powerful digital/analogue converter. It enables HD music reproduction with an outstanding musicality.

The Bluesound Vault 2i processes HD audio files up to resolutions of 24 bit/192 kHz of FLAC, ALAC or WMA-Lossless types, and shared of your local network, as long as it is connected to it.

You can buy and download HD audio files and store them on a 2 TB hard drive (extendable). It is ultra-silent and specially designed for audio use.

BLUESOUND VAULT 2I: TEST AND LISTENING

Of course, we find all musical qualities of the Bluesound Node 2i: fluidity, precision, dynamics, transparency... The midrange/treble is precise and offers a lot of details, mostly on high-resolution files.

The Bluesound Vault 2i network player offers brand new possibilities at this price range. It is both a HD network player and a server, with a storage capacity of 2 TB!

It is certainly the simplest device of this category we have had the opportunity to try. And regarding to its performances, compatibilities and ergonomics, it seems to be unrivalled! In addition, it offers the possibility to be connected to a high-end D/A converter (DAC) to hugely improve its audio performances.