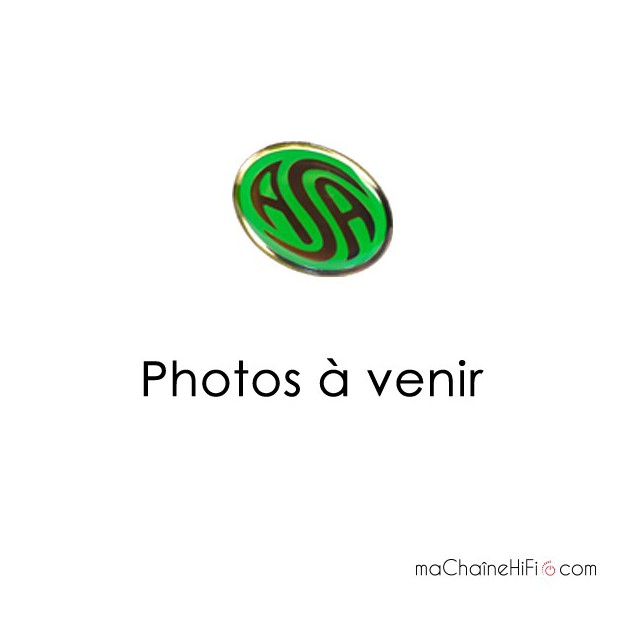 I have known the first version of these ASA Monitor Pro bookshelf speakers in the 90's. They soon became an unmissable benchmark. The latest version relies on all the assets gained by the manufacturer in the past 20 years to deliver a new version of its flagship!

The weight of the speaker (13kg!) speaks books about the quality of the cabinetwork! It consists of 33 mm solid wood! As far as we know, this is rare, if not exclusive on the French market. The previous version used Dynaudio drivers. This new variant features the great Jantzen systems, developed to specifications for ASA. The treble is controlled by a tweeter with a 30 mm soft dome. The mids/bass come through an 18 cm driver with a polypropylene cone. The 75 mm coil admits high power and allows for significant crossover to the bottom of the spectrum. The system operates with a bass/reflex principle with a small port open onto the front. Like all ASA speakers, they are symmetrical and must be used with the tweeter in the centre of the listening zone. Filtering is definitely one of the centrepieces of these Monitor Pro. It has been optimised after playing, measuring and comparing for hours. The components used rank among the best! The coils are made by Jantzen and capacitors by Mundorf. The Cardas terminal block admits banana plugs, spades and bare wire.

We recommend placing them on an average weight stand with a height between 60 and 80 cm. The height can vary depending on the space you have in the room you have your system in.
We used these bookshelf speakers with several mid-level and high-end tube and transistor amplifiers to assess their personality, quality and potential flaws. From the opening bars, we immediately identify the manufacturer's signature mark! The ASA Monitor Pro speakers are a concentrate of subtleness, transparency, dynamics within a 2-way speaker! The consistency of the registers and the tonal balance are amazing! With mid-level electronics, they are able to express themselves easily and offer a top class sound reproduction. But the more you upgrade for the source or amplifier, the more expressive the speakers will be, with ease and endless determination! They are telling of the quality, or flaws - as the case may be - of the upstream elements. But when they are up to the job, they work wonders… Certainly the best you could expect from a compact two-way model: a vibrant and articulate bass, full-bodied mids, with presence and amazingly realistic, a clear and subtle treble with no attenuation!

Could the ASA Monitor Pro bookshelf speaker be the best two-way speaker around? I don't know, but they definitely rank among the best I have tried so far, and its competitors are more expensive and are not produced in France… They clearly do justice to French acoustics … the real one! Our top pick!

Connection: CARDAS, compatible with banana and fork plugs and cable