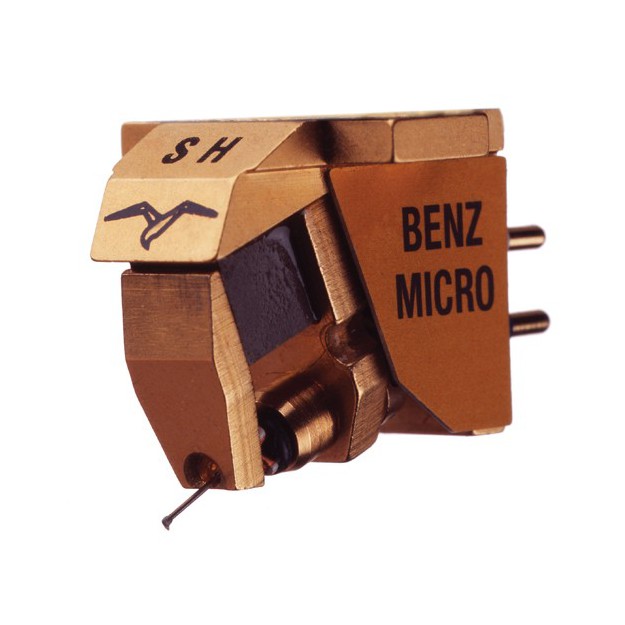 Here, we have the SH (SH=2.6 mV) high output variant which enables the Benz Micro Glider SH to be used with a MM phono preamplifier.

It does not require a MC stage or a transformer.

In this latest 'S' variant, the Benz Micro Glider SH is adorned with a beautiful Micro Ridge stylus profile fitted to a pure boron cantilever.

The generators have new “Pure Iron Cross” coils that use a high purity copper conductor. In this version, extra coil has been added to reach a high output level.

The compliance of this Benz Micro Glider SH cartridge (15), combined with its weight (6.8 g) make it suitable for tonearms with average weight between 8 and 18 g.

The Glider SH Hi-Fi cartridge shows a refined and subtle sound quality. At lower volumes, it sounds more detailed than with competitors’ cartridges and we especially noted “cleaner” vocals than usual.