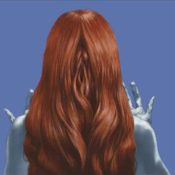 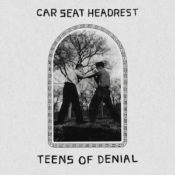 With all the media coverage they got when the second opus was released, La Femme certainly don’t go unnoticed. I discovered the group at their gig at the Route du Rock festival (Brittany) this summer. It’s punchy, fresh and they mix a number of influences to conjure up an album that actually rocks a lot more than you would think. Les Inrocks magazine headlined ‘La Femme est l’avenir du Rock’ (La Femme is the future of Rock’), why not? You must listen to two tracks: the mad ‘Tatiana’ and strange ‘Mycose’. For those of you who don’t know the band yet, enjoy! And as an appetizer, listen to this live track below.

This great album by Car Seat Headrest will blow your mind! First LP for the young Will Toledo who delivers a flawless performance, fully in control, flirting with Grunge in places. But there is a lot more to it, as you’ll find out by listening to the incredible ‘The Ballad of the Costa Concordia’, which left me literally speechless and that I played on repeat dozens of times despite being 11 minutes long! I can’t recommend it enough!