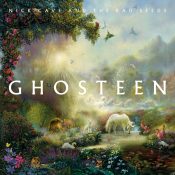 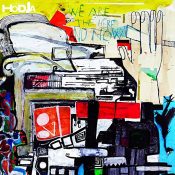 Hodja –  We Are the Here and Now (Noisolution Rcds) 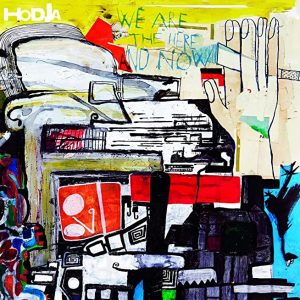 We Are the Here and Now is Hodja’s sixth album! This trio has a New York like influence, even in the cover where it clearly evokes Basquia. However, only its singer and charismatic Claudius Abesodo Gamiel Winston is living in New York. Guitarist Boi Holm is from Copenhagen and drummer Matthias Arbo Klein is from Berlin. It is quite complicated for the rehearsal!

To be honest with you, until a few weeks ago I had never heard of this trio… and by chance, I went at one of their concerts! And… What a slap! The band is quite atypical and the interpretation is too. Of course, there is a bit of Rap culture on the song that opens the album “God Of War”. But do not stop at this one, the rest of the album is tinted with Blues, Rock and Soul…

For example, “Fronting” or “Serpent’s Path” have their roots in the Blues. While “Strike the Band” and “I.D.” in Soul, and “Wasted” and “Chicago” in dirty and rough Rock music. In addition, this album is of a great production. The sound is present, in addition to the emotion and rage!

This record We Are the Here and Now is the revelation of this end of year! The best album of the last 6 months! 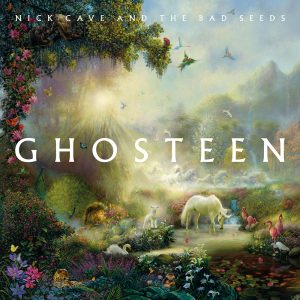 Ghosteen is the 17th opus of our favorite Australian. I hesitated for a long time to speak about this album and for various reasons: the first one is that the specialized press wrote all their editorials about it when it was released. The second reason is that I do not know what to think about this album… I had refused to listen to it digitally and pre-ordered the LP weeks ago. The (questionable) cover looks good on vinyl! It is very different from the previous covers of the artist.

Ghosteen was announced as a testamentary Nick Cave’s record following the accidental death of his 15 year-old son in 2015, in Brighton. And well, that is totally it. Nick looks inconsolable and the pain appears in each song… The tracks are fully refined and we find musically the work of Waren Elys, that we already appreciate on his soundtracks.

Amazing, but there is no drum and I did not hear a lot of guitar! We can hear a kind of bass on “Hollywood”?! The voice rests mainly on layers of synthesizers, melodies played on piano and minor loops to darken as much as possible and burden the atmosphere…

As you can see, this album is really interesting if you are perfectly English speaking and you like everything that is deeply wistful. If you are a Birthday Party fan or Sir Cave from the early days fan, then you may be disappointed and the listening of this LP may be difficult. It is sad… but beautiful! 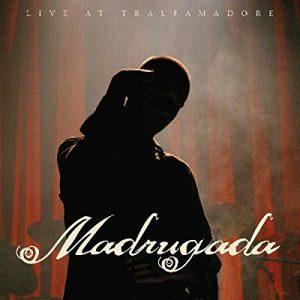 I am part of the lucky ones who saw Madrugada in concert earlier this year. Indeed, after announcing its re-formation, the band offered a tour of more than 25 dates across all Europe. But not in France, what do programmers do?! Anyway, too bad, I went in Vienna, Austria, to see them and it was an unforgettable moment!

This Live at Tralfamadore is the fifth and only live album of the Norwegian band. It was originally released in 2005, and then became the best-selling album in Norway of that year. The songs were captured at different locations between 2003 and 2005. Only the “You Better Leave” song is really original. The other tracks are available on the 4 previous albums of the band.

We find the fabulous voice of Sivert Høyem as well as the enchanting guitar of the late and talented Robert S.Buras, who died at the age of 31 the following year (1975-2007). My favorite tracks are “Majesty”, the superb “The Kids are on the Hight Street” and the furious “7 seconds”. And of course, the beautiful cover of “Mother of Earth’ of Gun Club!