2013 was a productive year for maPlatine.com. We were able to find our niche in the High Fidelity market, and more specifically in analogue music. As a result, in 2013 we decided to launch a new website devoted to digital music, which later became www.machainehifi.com. With articles in Ouest France, Le Parisien, On Mag and the Télégramme, as well as two appearances on France Télévision - one on France 2 programme Télé-Matin and France 3 Bretagne - we were able to showcase our work and skills in online sales. 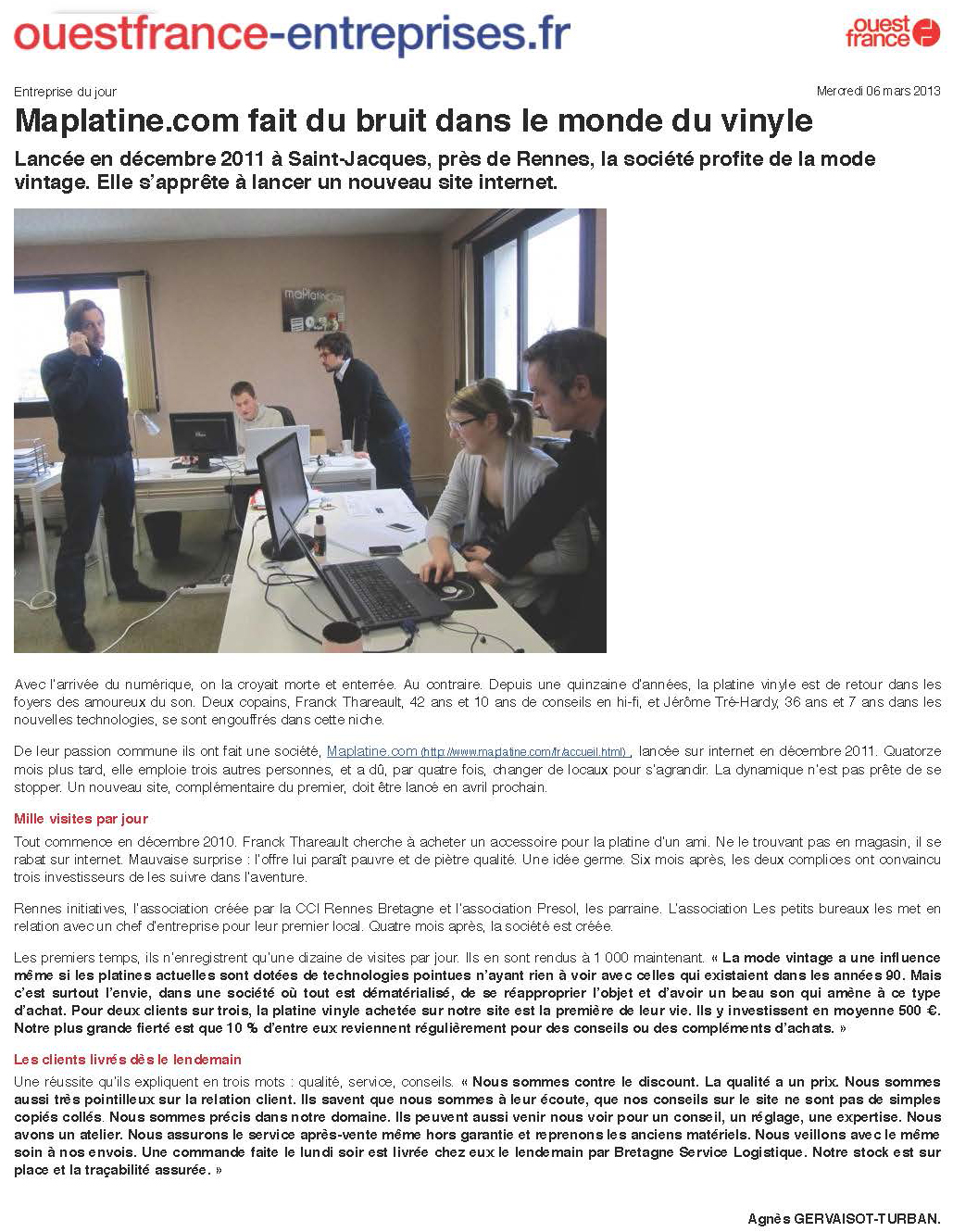 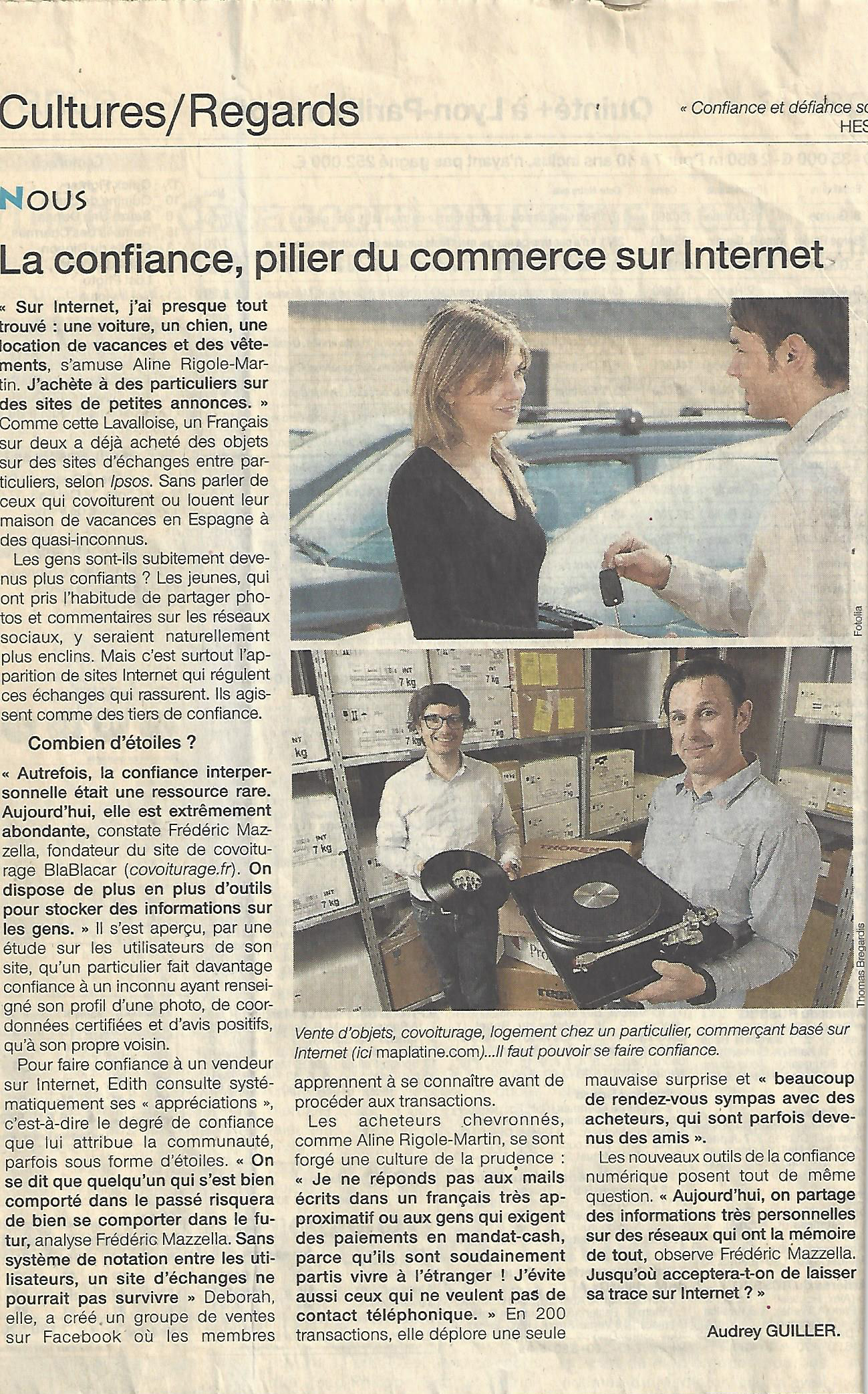 maPlatine.com: We are reappropriating music in the digital world - 13/06/2013 – Le Parisien 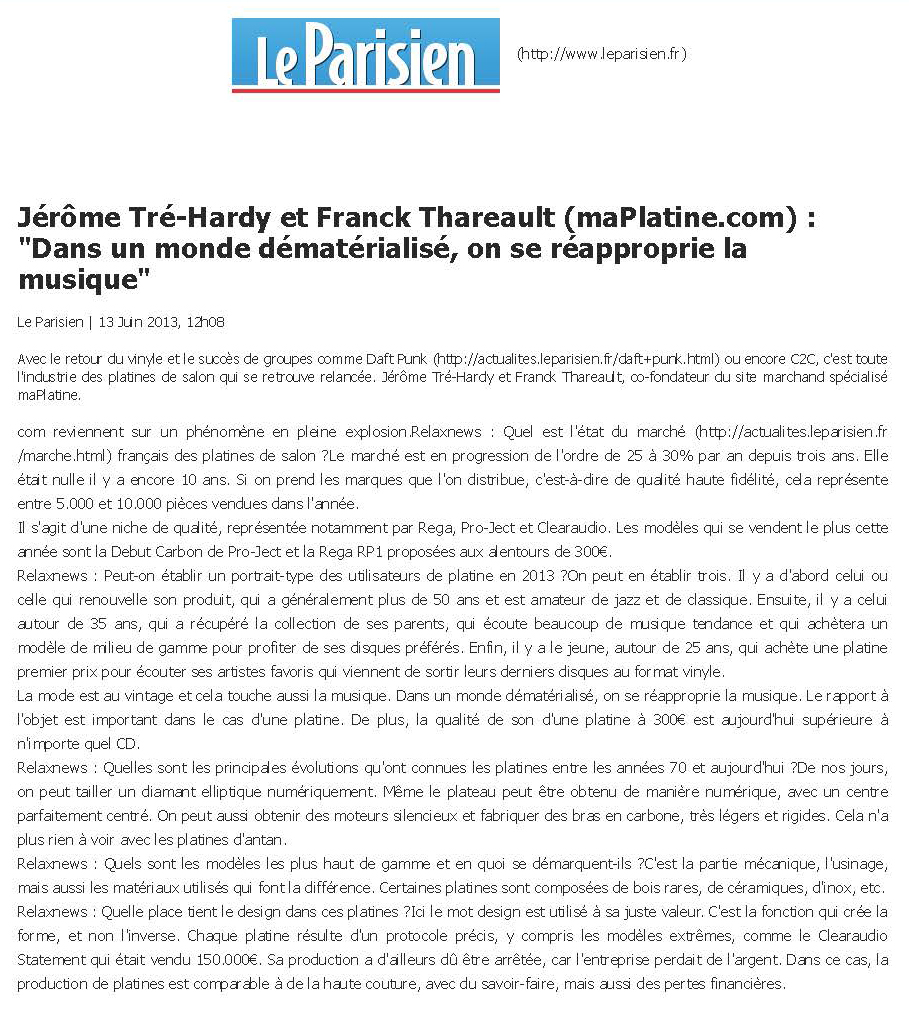 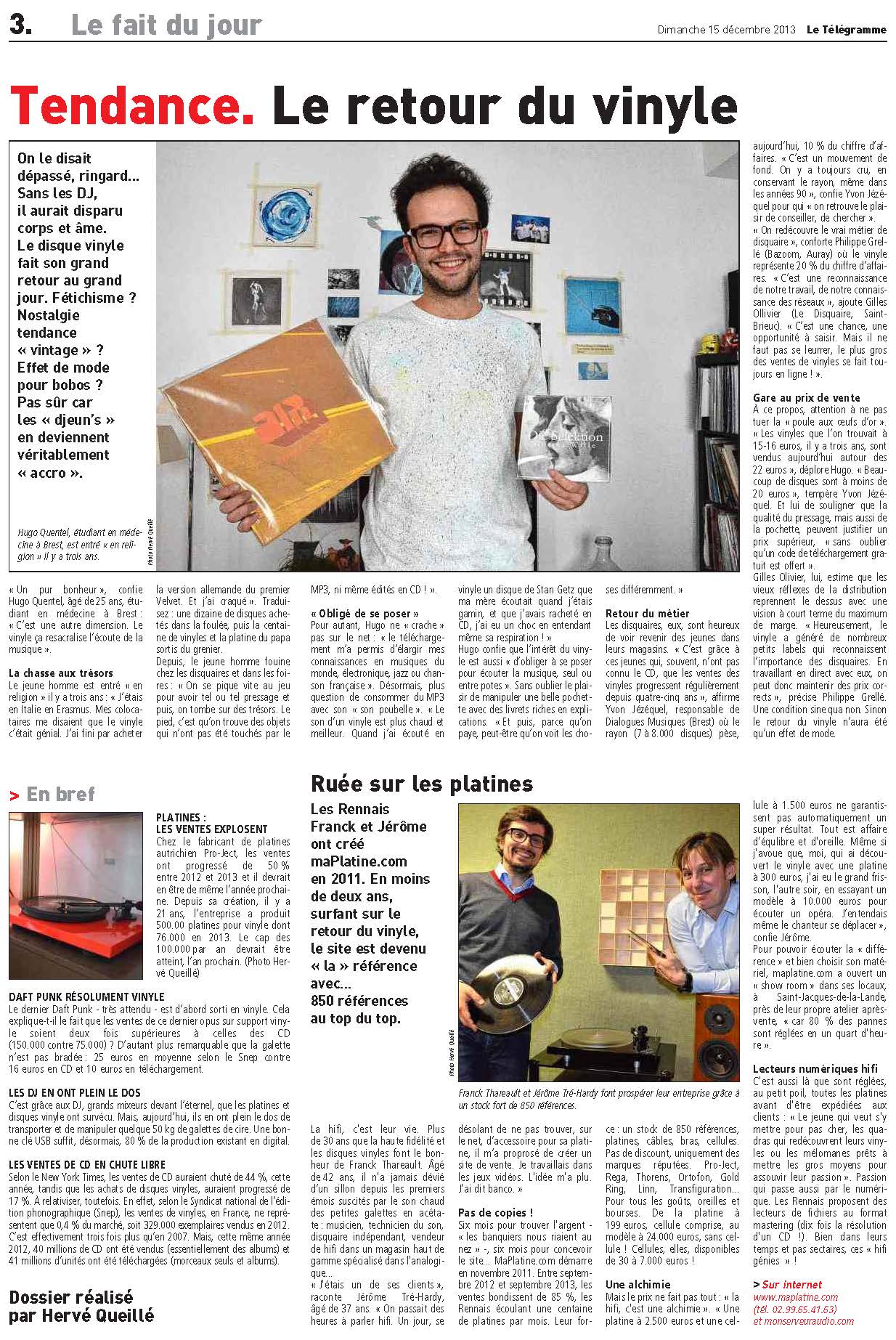