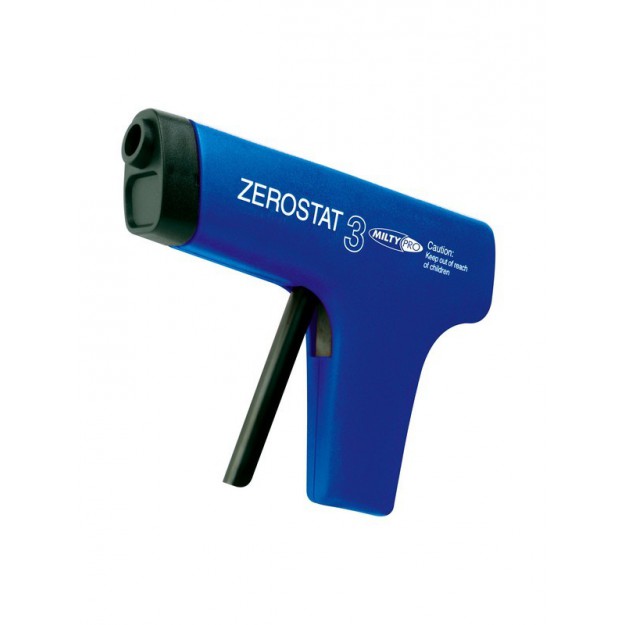 Antistatic gun. Removes and neutralises static on all surfaces without any product.

With a clever standalone system (not battery-operated) operated with a trigger, the Zerostat generates a load of positive ions that completely neutralises the static on every surface. It works wonders on LPs as well as CDs (that will be our little secret!).

When treated, the record does not adhere to the sleeve and felt platter mat. And naturally, its addition has true results… From the opening bars the sound is smoother and a lot more precise and detailed. The mids seem completely clear and the sound structures, especially in depth, are incredibly wide.

Removes static via a Piezo system that generates a load of positive ions.